Abduselam Yussuf is a Canadian long distance runner who is blazing his own trail and shining bright in the process.  Some of his running accolades include:

– 2017 Cross Country Championship at the University of Victoria (in British Columbia, Canada 🇨🇦) ~> He placed 19th in Canada West

I recently caught up with the Ethiopian born athlete to pick his brain and ask him a few questions about his training regimen, running and more!

🌿 Simply Chrissy: When did you start running?  At which point did you know that you loved it?

🏃🏾‍♂️ Abduselam: I began running seriously in 2012?  And I have always loved running, simply because it was easy and it was a way to reduce stress and create emotional stability.

🏃🏾‍♂️ Abduselam: My training consists of running, and a lot of it as well as a strength program. Typically I do about 80 to 110 miles a week during the summer periods because I am training for longer events and than I come back down when the season starts so that I can introduce intervals, tempos, strength, core work and speed training. The training periods depend on how long your season is and what you are training. However, its typically a few months at a time especially as a varsity athlete, you are constantly changing distances that you compete in.

🌿 Simply Chrissy: What does your diet usually consist of when you are training?

🏃🏾‍♂️ Abduselam: My diet is pretty terrible and unmeasured… I do not really focus on every single calorie, I focus on making sure I eat daily but mostly not consuming garbage. Especially important as a VEGAN because you have to make the food but also make sure that you have the right foods.

🏃🏾‍♂️ Abduselam: I love all aspects of training even though I always make a fuss. Sometimes though hurting or being extremely tired during or going into workout is not fun.

🌿 Simply Chrissy: Have you ever noticed for yourself how food (a/k/a: fuel) impacts your performance when you run?  Is it true your diet is plant-based and have you noticed positive results in your body?

🏃🏾‍♂️ Abduselam: Yes/No- I don’t really eat before I run (race) because I don’t like being full, I race so much better going in physically and mentally hungry. Yes I am Fully VEGAN and I think this is probably the healthiest I have felt during training and races even though there are a few hiccups, those are mostly due to previous injuries or just exhaustion

🌿 Simply Chrissy: Has anything unexpected ever happened while you were competing?

🏃🏾‍♂️ Abduselam: Yes Yes Yes – It happens all the time. You can get injuries, pains, cramps, exhaustion, heat stroke and more but you can expect or change them, but individually I think athletes learn to manage those by learning about how there body works.

🌿 Simply Chrissy: What are some of your hobbies or interests outside of running?

🏃🏾‍♂️ Abduselam: I can never really answer this question because I like doing whatever. I guess hanging out with people, learning new things, reading (mostly about history), hanging out with my family, travelling (most important, and I hope to do more of it in my life).

Do you like running?  What activities do you enjoy to get your blood pumping? Leave a comment below! 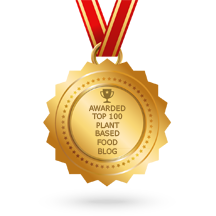